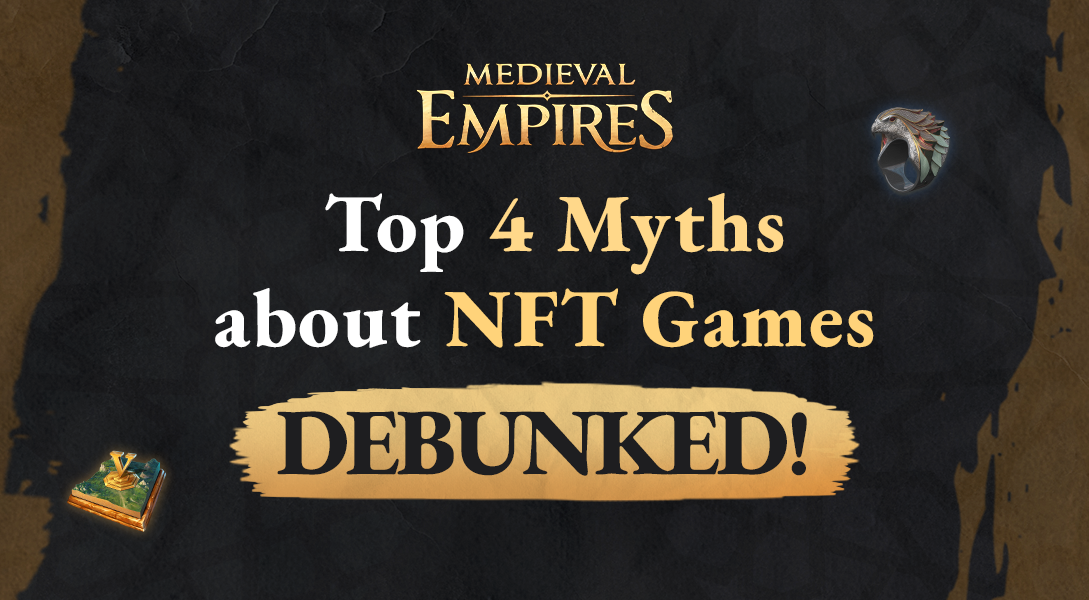 Do you know that according to IBISWorld, the gaming market in the United States alone is worth $95.4 billion, increasing three times in value since 2012?

That’s a lot of billions.

It won’t be wrong to attribute some of this growth to the pandemic. However, one cannot deny that the introduction of blockchain technology in gaming has also played a pivotal role in the industry’s growth.

It is no surprise that the pace of adopting blockchain games is fast among users, with the total number of these games climbing 71% over the past year, including the inactive ones.

With the rapid adoption of this technology in the gaming industry, misconceptions and confusion are bound to arise. Our team at Medieval Empires wants to debunk some of the most common myths about NFT games that stopped you from exploring them in the first place:

Myth 1: Blockchain Games are a Scam

We’ve all heard this and possibly even believed it at some point.

But why is this misconception so common?

Since blockchain technology is decentralised, people often mistake that the lack of a central governing authority makes it unreliable. Moreover, cryptocurrency scams over the years have made people unsure about the technology.

Contrary to what people may think, blockchain games are actually safe and provide ample security to the in-game digital assets possessed by players. In fact, at Medieval Empires, we ensure securing and scaling the entire database with complete transparency.

If you also believe that NFTs are an ecological nightmare, you have yet to learn how blockchain technology has evolved during the last year.

There is no denying that creating currencies like Bitcoin and Ethereum have adversely affected our ecosystem. Still, you must understand the difference between cryptocurrency markets and blockchain games.

Medieval Empires is built on the Polygon blockchain, which consumes a fraction of energy as compared to Ethereum. Our core values are people, planet, and prosperity; therefore, we want to make responsible decisions to ensure a sustainable future.

One of the most common reservations of people about blockchain gaming is how to prove the value of their NFTs?

You may feel it is just an image or a 3D animation with some audio in the background. Anyone else can copy it and claim ownership.

The answer is no because it goes against the fundamentals of blockchain.

It is IMPOSSIBLE as it goes against the fundamentals of blockchain. No one can replicate an NFT because the ownership is recorded on a code set on blockchain and supported by smart contracts.

Despite being complex in nature, NFT trading is credible. They possess certain value even outside the game’s ecosystem.

Myth 4: NFT Games are a Bubble Ready to Burst

You may find the concept of playing games to earn money relatively new. But it has been around for a while and is indeed more profitable now, thanks to blockchain technology.

As blockchain games became more mainstream, the play-to-earn ecosystem soared in popularity. It made earning money the primary objective of playing games. However, it did come with its set of challenges.

Most play-to-earn games are boring because a dull interface and gameplay cannot make you like a game, not even if it makes you earn lots of dollars.

Game developers and investors have learned since then!

Medieval Empires supports the play-and-own economy where the players possess ownership of valuable NFT assets along with enjoying quality gameplay.

Refining the gaming experience, our game developers focus on enhancing the players’ gaming experience by providing them with a piece of the game. We want to offer the best of both worlds – lucrative earning opportunities and captivating gameplay.

There is no denying that people have been scammed in the past couple of years as they invested in cryptocurrencies and other blockchain-based assets that were nothing but a gimmick.

It is okay if you have reservations about the power and sustainability of blockchain technology. The truth is not all NFT projects will see soaring heights and will likely be forgotten soon.

The union of some prominent names from the crypto, tech, and marketing sectors with Medieval Empires gives it credibility. Our game is here to stay, introducing multiple earning opportunities for gamers and crypto enthusiasts. 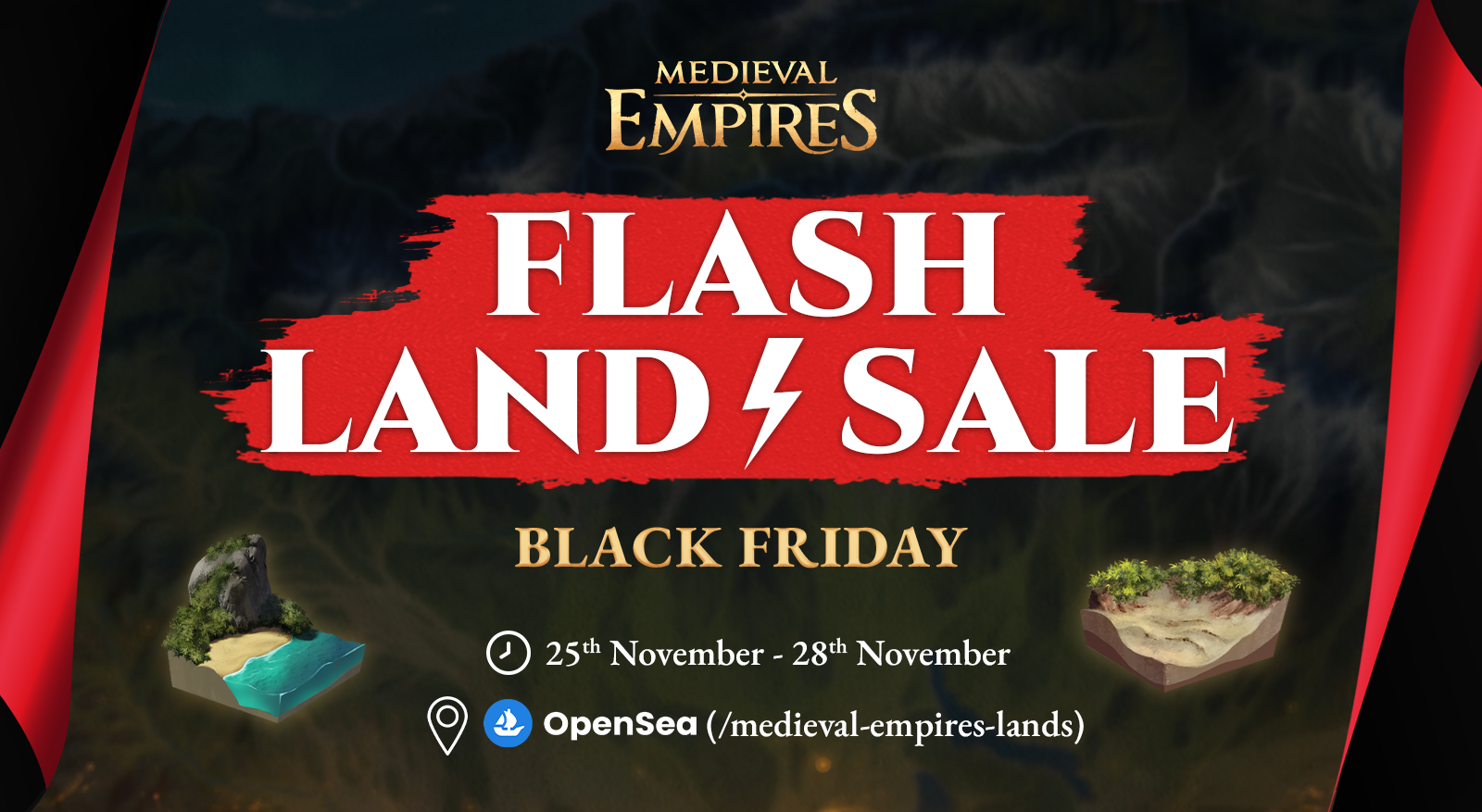 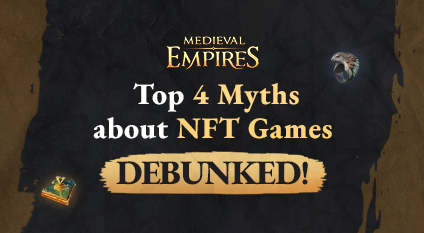 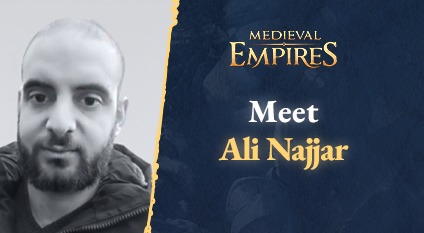