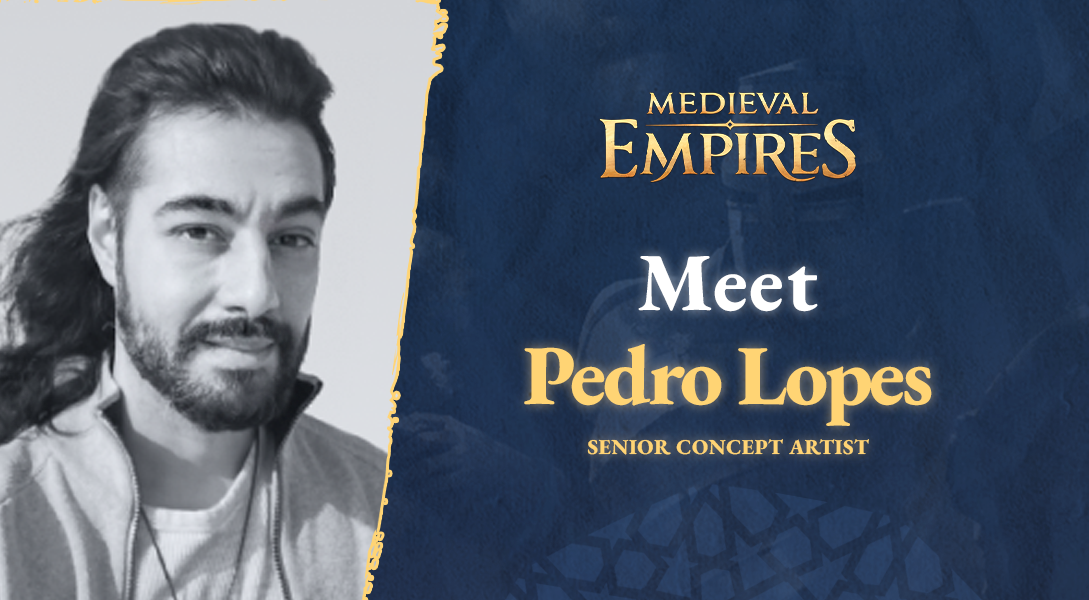 At Medieval Empires, there are a lot of people working hard behind the scenes to create a phenomenal gaming experience for our community. The game design, tech and art teams are continuously collaborating on enhancing the game world, adding more elements to it and refining it to perfection as we move closer to bringing Medieval Empires to our audience!

This week in ‘Get to Know the ME Team’, we spoke to one of the most talented members of the art team, Pedro Lopes. Pedro is working with Medieval Empires in the capacity of a Senior Concept Artist, and he is currently based in Portugal. So, let's hear it from the man himself!

What inspired you to join Medieval Empires?

I am a big fan of old, medieval worlds, so that was a major deciding factor for me when I got recruited into the team a year ago. Also, since it was a startup, I was excited about working with a new team on a brand-new project from scratch. And it involved working with historical architecture elements like castles and buildings, so that was really interesting for me.

Tell us a bit about what you do in Medieval Empires team?

I am the Senior Concept Artist overseeing most of the buildings and scenes creation in the project. My work starts with research and eventually moves to the drawing board with sketches and concept art creation. Then I send these arts to the 3D modeling team to work their magic on it. There is also a clear process of feedback and refining as we aim to achieve the best version of any artwork.

What’s your favorite video game? /What was the last video game you played?

Oh this is a tough one, there are so many! I like a lot of the classics – a lot of Nintendo, PS1, Xbox and most importantly, pc games. Those were some really fun times. But most of my favorites were RPG games like the Final Fantasy series, The Witcher, Fallout, Legend of Zelda, Pokémon and so on. The most recent game I played was Red Dead Redemption 2, which I still have to finish! 😀

Where do you draw inspiration from when creating artwork for Medieval Empires?

A lot of it from real life, I am a sort of an adventurer and love visiting castles and historical buildings. I have also participated in a lot of medieval fairs which have been very useful in helping me understand different cultures and eras.

I am actually a big health fan and follow food and exercise routines to keep myself fit. But I love to eat! So I treat myself to the occasional big steak with a bottle of wine from a nice restaurant! So that I think would have to be my guilty pleasure!

If you were in medieval times, what character would you be, and why?

Tough question, but I would have to say a painter or maybe a carpenter. Can’t really see myself doing anything else. Though I think with everything that was going on in medieval times, most people would be soldiers! 😀

What is the best part about working with Medieval Empires?

I love how the team is nice to everyone. The positivity and feedback have been great and people are always willing to help, which I think is very important when you have a team of this size.

Biggest misconception about your designation?

People think that being an artist is something you're born with and that there is no effort involved like in other jobs. And that could not be farther from the truth. It's a job that requires a huge amount of effort to be good at!

Another misconception is about the gaming industry in general. When I tell people that I work in a gaming studio, they seem to think I don’t have a real job. I don’t think people realise that gaming is a multi-billion-dollar industry!

What’s your all-time favorite old/war movie and why?

I would have to say Apocalypse Now. It is one of the most artistic and enigmatic movies ever!

I love to ride my motorbike often and play the guitar. And I also love to travel and explore historical places whenever I can!

What’s your one hidden talent?

I can play the guitar, fix a car/bike, and can build almost an entire house from scratch. Oh, and I cook well from what I've been told.

But I think drawing is what got me so far in life! 😀

What would the final game world of Medieval Empires feel like?

Our game is a new type of experience with many opportunities to grow into something big in the future. We are putting in a lot of effort to accomplish that behind the scenes so that everyone will be able to enjoy all aspects of the gameplay and the stunning visuals.

Your colleagues in 3 words?

Team Kayi. For me, it's something very fresh and a look into a new culture that I was not really familiar with before.

So there you have it - Pedro Lopes from the art team! Stay tuned for more updates on team Medieval Empires and everything they are up to! 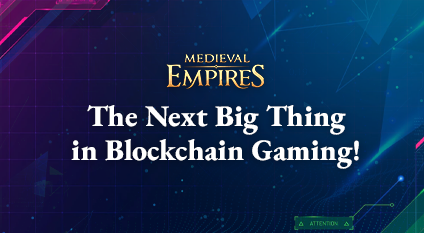 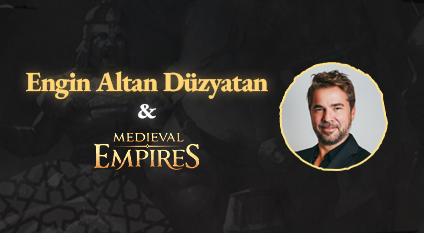 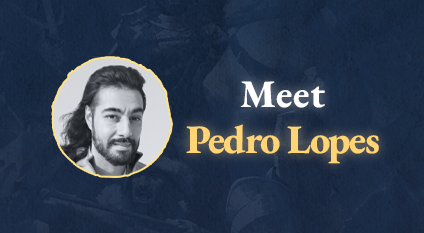